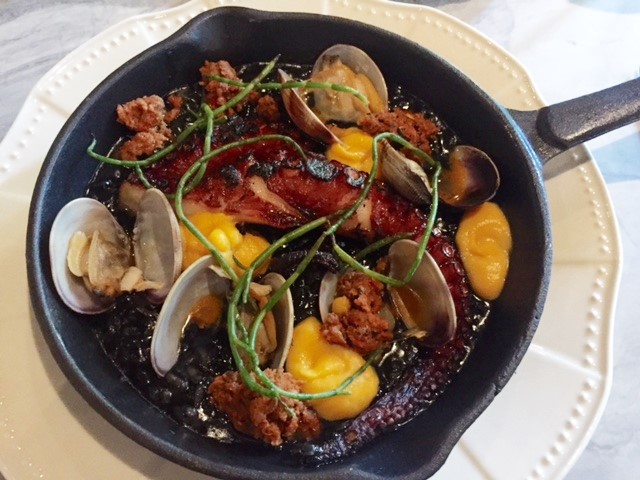 It’s great to see Calgary’s urbanscape still changing even though it’s been a tough year for our city. Even iconic buildings such as the Hudson’s Bay Building downtown can be transformed to allow for new additions such as the new Oliver & Bonacini restaurant – The Guild. Focused on hearty cuisine and local sourcing, the new restaurant is a great addition to this historical building on Stephen Avenue.

Atmosphere: Amazing nuevo industrial décor with the use of the original rustic Hudson Bay building accents. 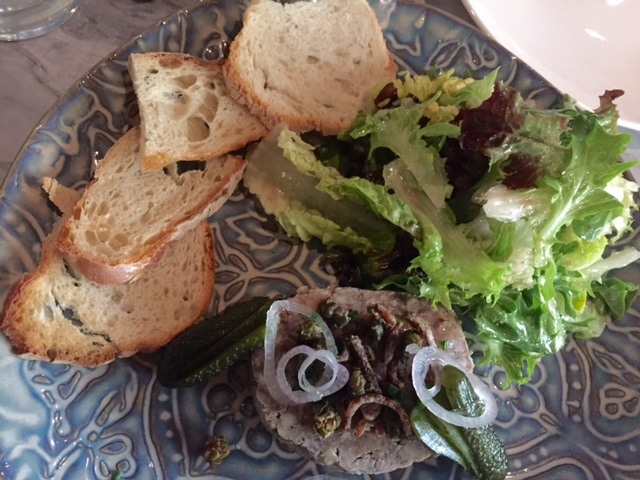 Food & Wine: Everything on the menu sounded delicious and I literally wanted to eat it all, but decided that we should probably pace ourselves and started with a couple appetizers. I definitely couldn’t pass up the Steak Tartare and Roast Bone Marrow. The plating of the dish is amazing! The steak tartare arrives served atop the hollowed out beef bone and topped with shallot rings, crispy capers and pretty flower petals. I liked the flavour of the tartare but one thing I did miss was mixing the yolk in to the steak, regardless it was still a very pretty dish.

Next we had the Pork Country Pate served with fire roasted bread, apple puree and a fresh green salad. The texture of the pate reminded me of a rillete in flavour, which is meatier and less similar to liver or foie gras. I really liked the accompaniments, the salad was a nice touch to lighten up the dish and provide the extra tartness. 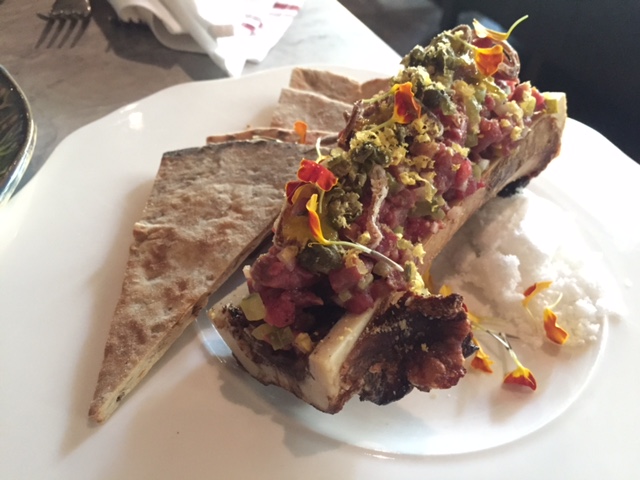 When it was time to order our mains, we had the same issue of wanting to eat everything listed. Luckily for us our server suggested the West Coast Octopus and am I ever glad that he did. It was easily the dish of the night for me, maybe even my favorite risotto dish right now. The dish is called octopus and even though it does come with perfectly grilled octopus, that’s not all. It is served over an unbelievably flavourful squid ink risotto with sea asparagus, clams and pureed squash that provide extra sweetness. I could not stop eating it and am still dreaming of it as I’m typing this.

We also had the Maple Glazed Brisket with a wildtree glaze, Saskatoon style wild rice, prairie corn and pickled leeks. I really enjoyed the glaze which was sticky and sweet, adding flavour and depth to the brisket itself. The meat was well cooked but I prefer my brisket quite fatty and was hoping for a bit more marbling in the meat itself. 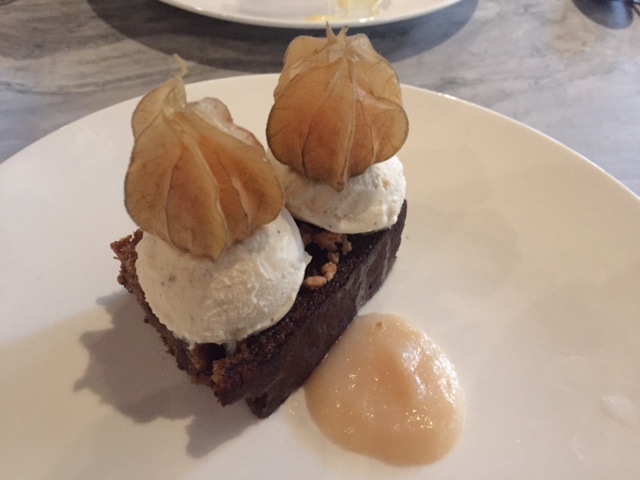 For dessert we had both the Sticky Maple Butter Pudding and the Flourless Dark Chocolate Tart, both with added ice cream of course! The pudding was similar to a bread pudding (which they also have on the menu and I need to go back and try!) served with a green apple puree and crème fraiche. It was moist and was slightly sweetened, perfect with a delicious cappuccino.

The Flourless Dark Chocolate Tart was unctuous with a crisp outer layer and velvety center. Its flavour was even more elevated with a sumptuous glass of red wine. The tart itself was satisfying without being overly dense or too sweet, it’ll for sure satisfy that chocolate craving. With this hot weather we couldn’t help but crave summery drinks and ordered the Sangria made with old vine Spanish garnacha, brandy, watermelon, oranges, lemons, strawberries and soda. It was literally summer in a glass with all that fruit! For dinner I also had the Angels & Cowboys Rose, a light and crisp rose with citrus grapefruit notes perfect pairing for seafood or sipping on a warm day.

Overall: Not only does the interior space take your breath away, so does the food that’s served from their amazing kitchen. I wasn’t kidding when I said I wanted to taste everything on their menu. I already have my eye on some dishes that I can’t wait to order the next time I’m in. I was excited when I hard Oliver & Bonacini was opening a restaurant in Calgary and they have not disappointed, truly a great addition to our city and to the Stephen Avenue food scene! 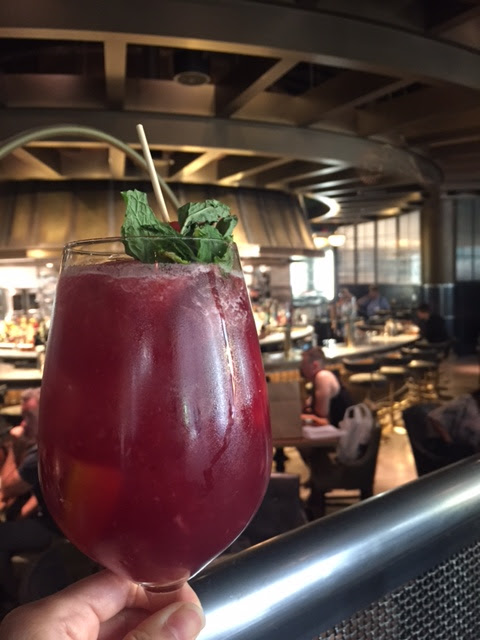 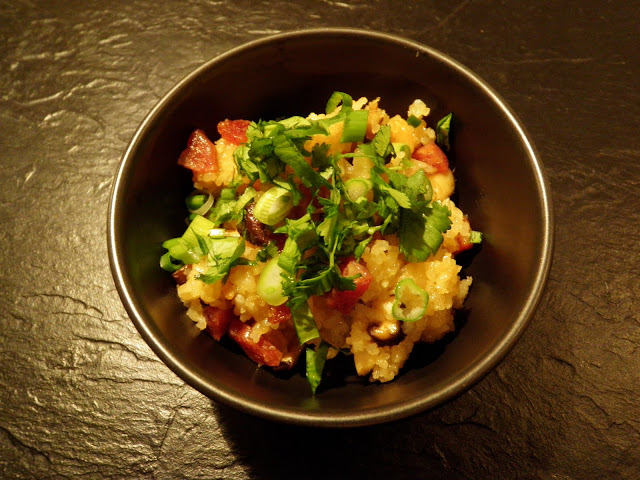 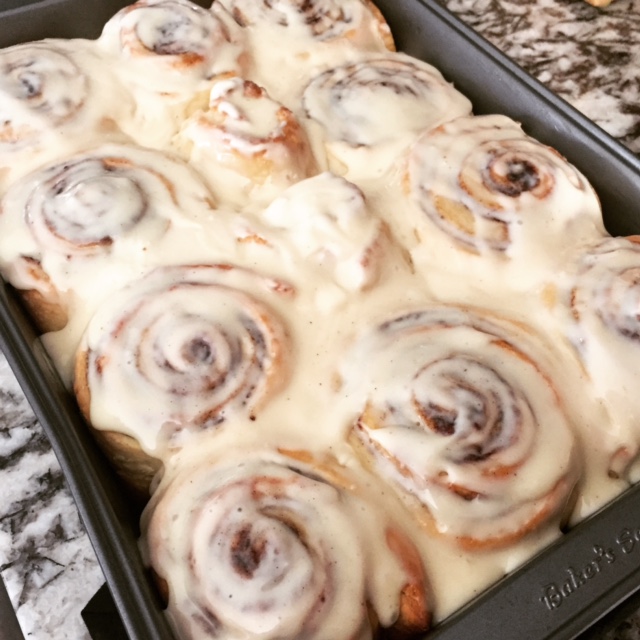 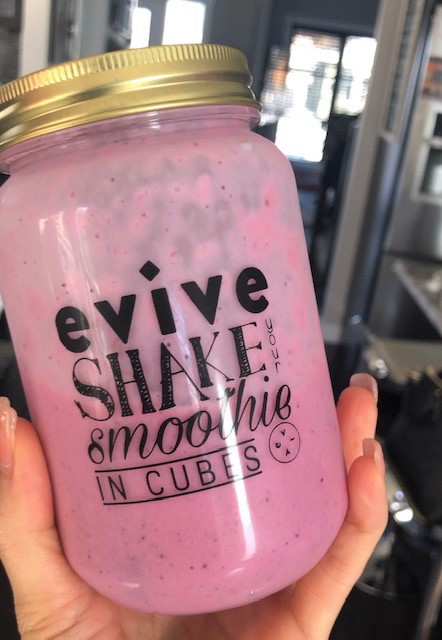 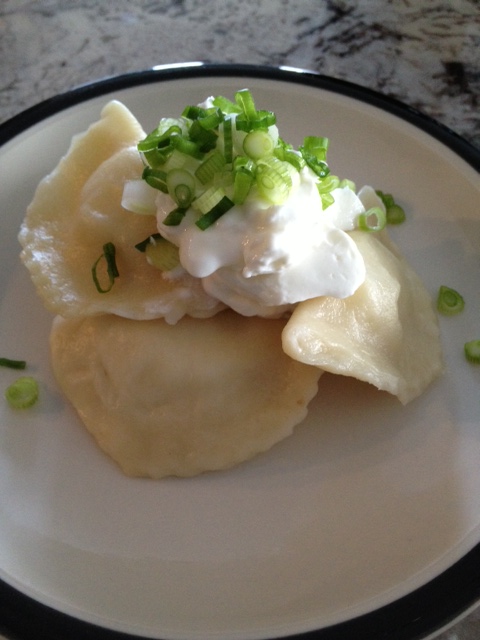 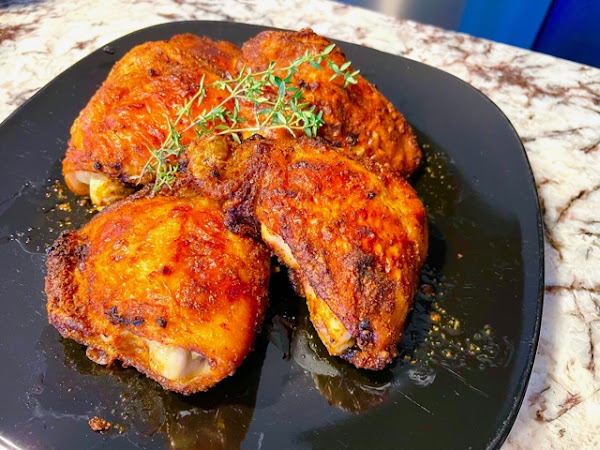 Another blink of the eye and somehow, we are in fall, the leaves have changed colors and the air is crisper. As with all years, I’m not ready, but one thing that gets me through the transition of summer to winter has always been the delicious flavours of fall. There is something special about baked apples and spice in the air that makes me want to get cozy and turn on the fireplace. With the fall season, there is always talks of Thanksgiving dinner on the horizon, especially here in Canada where we celebrate Thanksgiving in October (opposed to November in the USA). I have always been extremely curious about using an air fryer to cook the chicken, this would provide a different texture to the oven cooked turkey and a great addition to any meal. I have always wanted to try an air fryer. Ever since we added the instant pot to our line up, I felt the air fryer would be another great addition. I was lucky enough to be able to try out the Ultima Cosa Presto Luxe Grande 8L (8QT) Air F